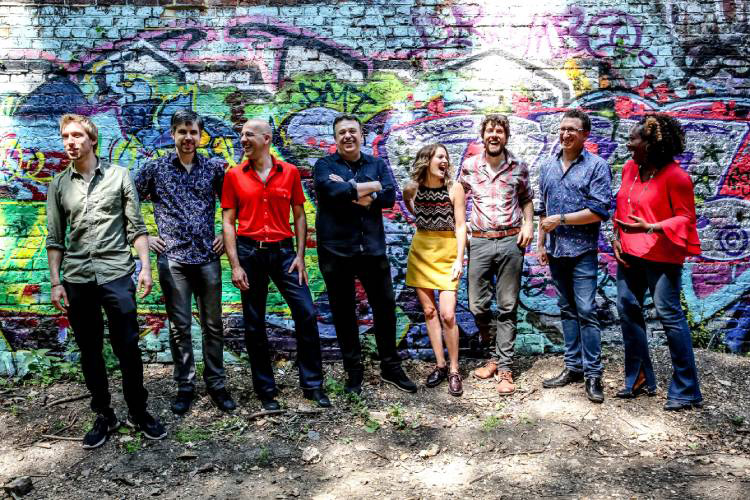 From London, Crowd Company are one of the UK’s top soul funk bands – a modern take on vintage 70s soul funk with unexpected twists and turns. Crowd Company were named  as a ‘Top Release of 2019′ on the Craig Charles BBC Radio 6 show. And also their latest album was featured by Craig as a ‘Top Pick for 2020’

BBC Radio 6 Music’s Craig Charles has championed the band, playing songs from the album extensively on his BBC radio show. The single Express 76 was included in his “Best Releases of the year “ show. Craig also selected the new album as one of his picks of “hot  releases of 2020” special, previewing the single ‘A New Direction’.

“Crowd Company are knocking it out of the park. Excellent, top class!”  Craig Charles BBC Radio 6“A fantastic album” Robert Elms, BBC Radio London“ If you want exceptional funk Crowd Company has it!” The Huffington Post
“At the forefront of the British modern funk scene.” Music-news “An Instant Classic 9/10 (about new album Lowdown) Blues & Soul magazine

Crowd Company is just as much a powerhouse on stage as they are in the studio. As well as headlining sold out gigs of their own they have toured with/ shared stages with the likes of George Porter Jr. of The Meters, Soulive, The New Mastersounds, Daptone Records’ Saun & Starr.