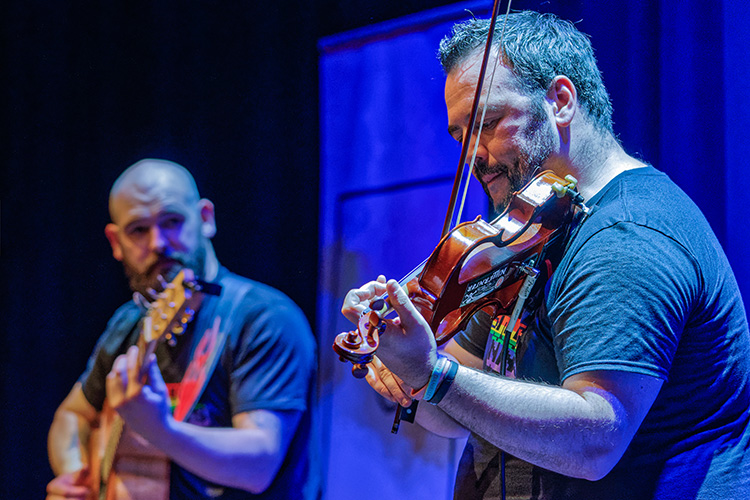 Having formed in 2017 against the backdrop of the Belfast open mic. Scene, the pair quickly established themselves as a musical force to be reckoned with and have since redefined what it is to be a cover act.

After performing at a number of high-profile music events such as Belfast Culture Night, Sunflowerfest, Stendhal, Dalriada Festival, the Hilden Beer & Music Festival and many more the Ninjas have garnered a lot of positive attention, wowing audiences with their own distinctive arrangements of modern-day classics. From 90s Dance Music to Classic Rock, Pop to Jazz, Bluegrass to Trip-Hop, no genre is safe!

With their fan base ever growing the String Ninjas are definitely ones to watch. For both casual concert goers and seasoned musicians alike, this duo will capture your undivided attention. The unique blend of grooving, intricate fingerstyle guitar parts intertwined with virtuoso “Jimi Hendrix” styled electric violin make for the perfect storm and will leave you wanting more.