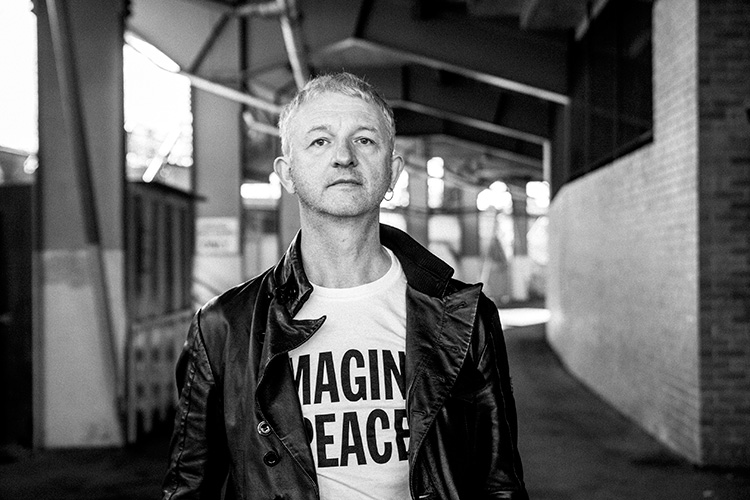 Andy White gets back home in January to play The Sunflower as part of the Out to lunch festival.

After spending most of the past two years locked down in Melbourne, Australia, the Belfast songwriter can’t wait to rattle out some tunes with his son Sebastian on drums and long-time collaborator Rod McVeyon keyboards.

“It was a tough under house arrest for such a long time, but I was lucky—Sebastian was at home when the borders closed so the two of us played online and made videos. I wrote and recorded while he designed album covers. We watched a lot of European crime drama. I hadn’t ever spent so much time off the road—it was a case of ‘Has guitar wants to travel’—but thankfully the lockdown worked, and we can’t wait to get back home”.

In 2020 Andy released a live recording of his classic album Himself to celebrate its thirtieth anniversary and early this year a second rarities compilation, Rarer. He’ll bring these to Belfast along with vinyl copies of his latest studio album Time is a Buffalo in the Art of War.

In 1985 Andy’s first EP Religious Persuasion and 1986 debut albumRave on Andy White kick-started a career which includes twenty albums, two books of poetry and a novel.

Writing with Peter Gabriel, forming ALT with Tim Finn and Liam O Maonlai, touring the world many times over with his acoustic guitar and winning Ireland’s top music awards, an Andy White hometown show is a special occasion. What could be rarer!