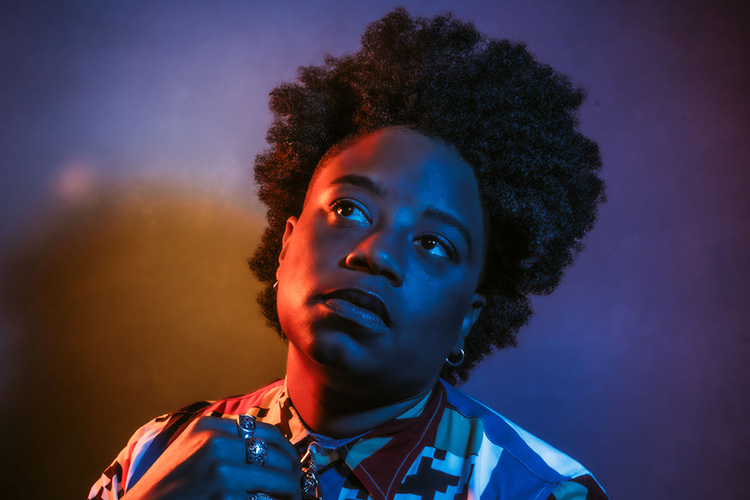 From Johnson City, Tennessee, Amythyst Kiah is a massively talented singer-songwriter who is creating powerful waves on both sides of the Atlantic. 2021 has been a huge year for her with a new record, major live shows and festivals, multiple award nominations and superstar collaborations. 2022 is set to be even bigger still, kicking off with a short European solo tour, long awaited by her fast-growing legion of fans.

Released in June to universal acclaim, Amythyst’s debut album for Rounder Records, Wary + Strange is a glorious and completely organic collision of two very different worlds: the iconoclastic alt-rock that first sparked her musical passion, and the American roots music scene, where she has now firmly established herself as an artist of real significance and distinction.

She earned 3 prestigious Americana Music Awards nominations in September, including Emerging Artist Of The Year and one for Black Myself as Song Of The Year. It was also nominated for a Grammy and won Song Of The Year at the2019 Folk Alliance Awards for the version by roots supergroup Our NativeDaughters, of which Amythyst is a member.

Following her summer radio hit with Moby and Gregory Porter on a reworking of Natural Blues, Moby returned the favour with a transformative remix of Black Myself, perfectly illustrating the vast reach of Amythyst’s sound and appeal.

A commanding live performer blessed with an unforgettable voice, Kiah combines the political and the deeply personal in a spellbinding examination of grief, alienation, healing and self-respect.

“A masterful blend of lonesome folk and neo-blues”  Rolling Stone

“A bold record in both sound and content” 8/10 Uncut