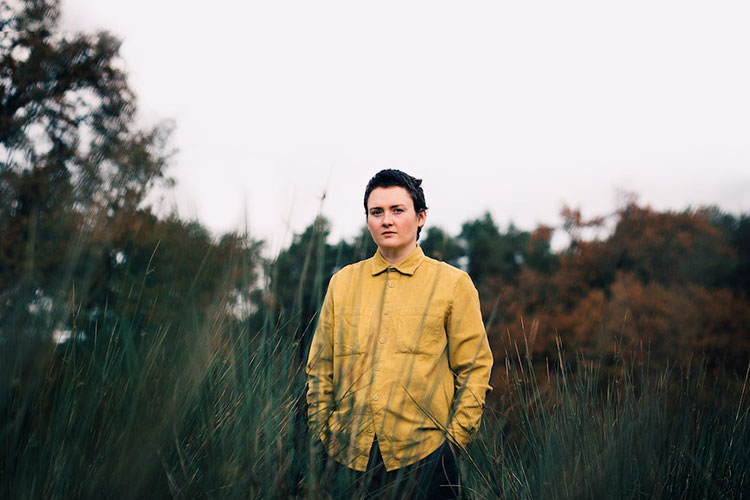 Tipped by RTE Radio 1, BBC Radio 2, Double J (Australia) and Folk Radio UK as a rising star on the Irish folk and alternative scene, 2021 has been the breakthrough year for this emerging alt-folk artist Dani Larkin, with the release of her debut album ‘Notes For A Maiden Warrior’.

Nominated for ‘Best Album’ at Northern Ireland Music Prize (2021), and ‘Best Emerging Artist’ at RTE Folk Awards (2021), Dani Larkin has been an artist picking up speed with each release, and one that has been marking her mark on the industry, in her own way. With appearances last year at The Great Escape, Doolin Folk fest, Folk Alliance, and selected to open for Snow Patrol to sold-out venues of London’s Palladium Theatre and Belfast’s Waterfront Hall, as well as a special home show for Hot House Flowers – she is a live act not to be missed.

To mark the release of her debut album, she joined forces with the Irish Arts Centre, New York, for a special once off live show, and the album was picked up on several big folk editorial Spotify playlists.

She’s caught the attention of certain media too, including appearing as a guest on BBC Radio 4’s Woman’s Hour, as well as special guest on Panti Bliss’ podcast ‘The Panti Personals’ ahead of her embarking on her debut English headline album headline tour to close out a hugely successful year.

An artist renowned for her unforgettable live performances, her vocal takes centre stage, accompanied always by her impressive guitar and banjo playing. Larkin has the ability to blend the old and new perfectly through her songwriting, delicately weaving themes of Celtic folklore with the more modern day landscape of her own experiences.

“Brilliant songwriter, very much blending that love of place, family, time – and I always find her music enchanting. It just draws you in. She’s definitely an exciting artist to keep an eye on” Eve Blair – BBC Radio Ulster

“Steadily emerging as a rising star on the Irish contemporary and alt folk scene.”  The Irish Times