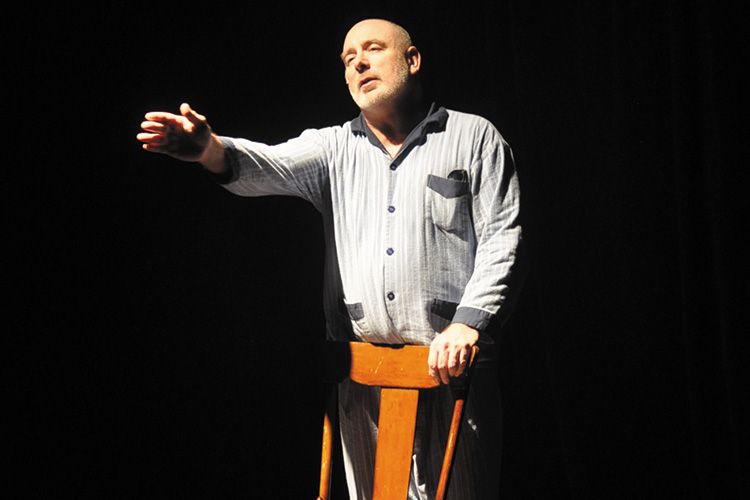 One of the most successful solo shows of all time with over 2000 performances worldwide!

The ‘Full Fat’ unexpurgated version lasts two hours. This 60 minute version is an hilarious lyrical romp through Dylan Thomas’s fictional ‘Llarregub’… Skimmed it may be, but it’s so rich and full that audiences would be hard pressed to know what he’s left out!

This show has to be seen to be believed! In an astonishing performance that defies expectation, Masterson whisks the audience into a wonder-world of enchantment. Bawdy and beautiful, sad and sensual, it leaves indelible, unforgettable images. The beauty of Thomas’s wordplay and the mastery of Masterson’s virtuosity will leave you breathless.