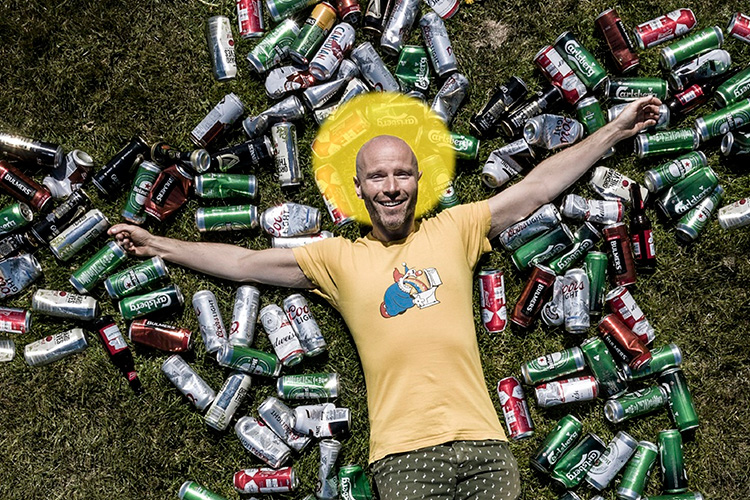 Acclaimed Irish comedian Tadhg Hickey (outstanding physical and comedic performer – The Scotsman), brings a weird and wonderful part theatre, part stand-up comedy show, In One Eye, Out The Other to this year’s Out to Lunch.

IOEOTO tells the story of Feargal, the downtrodden but cheery man who fulfilled his lifelong dream of becoming an alcoholic. Using the Catholic calendar as a roadmap, Feargal leads us on a surreal and hilarious journey with many poignant twists in the hope of arriving at a sort of light at the end of the tunnel for the ‘bright man’.

The show is loosely based on Tadhg’s own journey with alcoholism. During promotion of the show, Tadhg went public with his own story and has since had many mental health and alcohol action groups, as well as sufferers, reach out to him.

Tadhg is one of the brightest and bravest new stars in Irish comedy and theatre. His satirical sketches have amassed several million views online, and earned the admiration of comedy royalty like Armando Ianucci.

‘In One Eye, Out The Other’ is characteristically brave and ambitious, as Tadhg searches for cathartic humour in a surreal retelling of his own battle with alcoholism.

“Great art. A vital catharsis. I laughed until I cried. Go see it.” – Sunday Independent

“Both funny and poignant; a brave, risky performance. This is exciting work” – The Independent

“Illuminating. Affecting in surprising ways. Feargal’s story will stay with you for days” – Sunday Business Post.