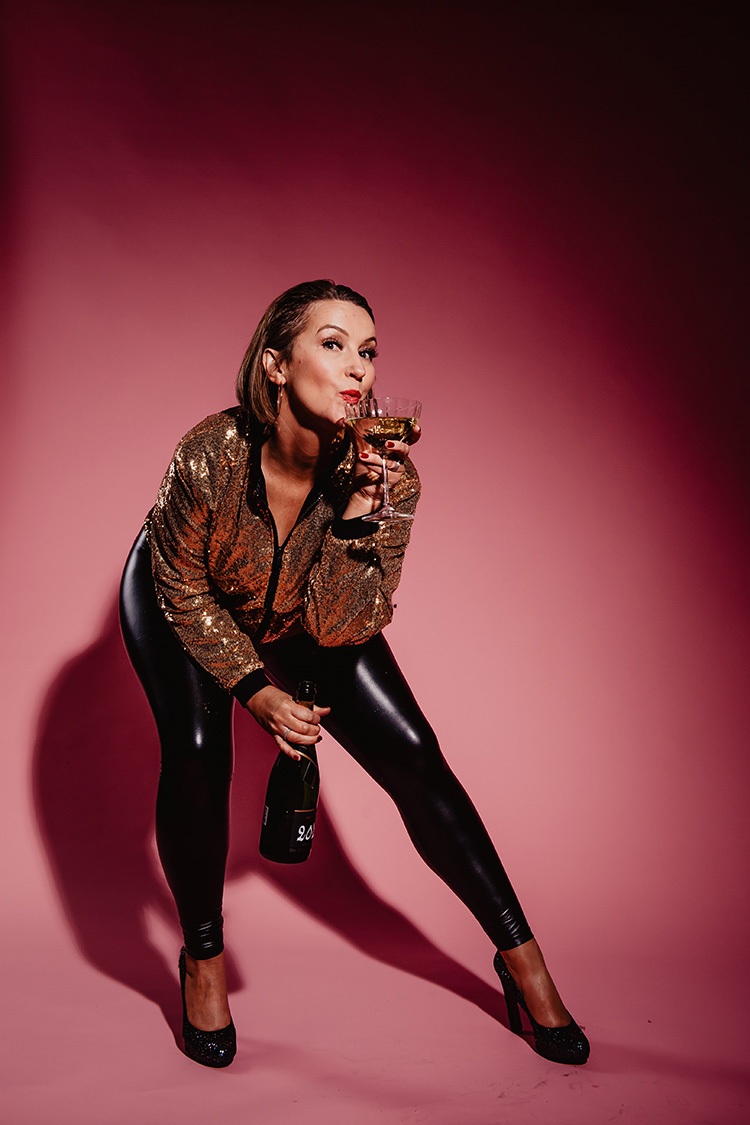 Teresa Livingstone is a classy lady, at least she tries to be despite everything being a 40-something Northern Irish woman throws at her.

She spent her thirties being delighted by the success of others and her ever-fluctuating weight but her forties are here and there’s no time like the present to rewrite the rules.

One of Northern Ireland’s top comedy acts, Teresa is bringing her unique blend of stand up, songs, gin and ‘going out’ leggings to The Black Box for one afternoon only!

As seen on BBC’s The Blame Game, Soft Border Patrol and Late Licence.

‘With hilarious songs like “Cake and Wine” and “Nice Ladies”, no one escapes Teresa’s commentary.’ – BELFAST LIVE