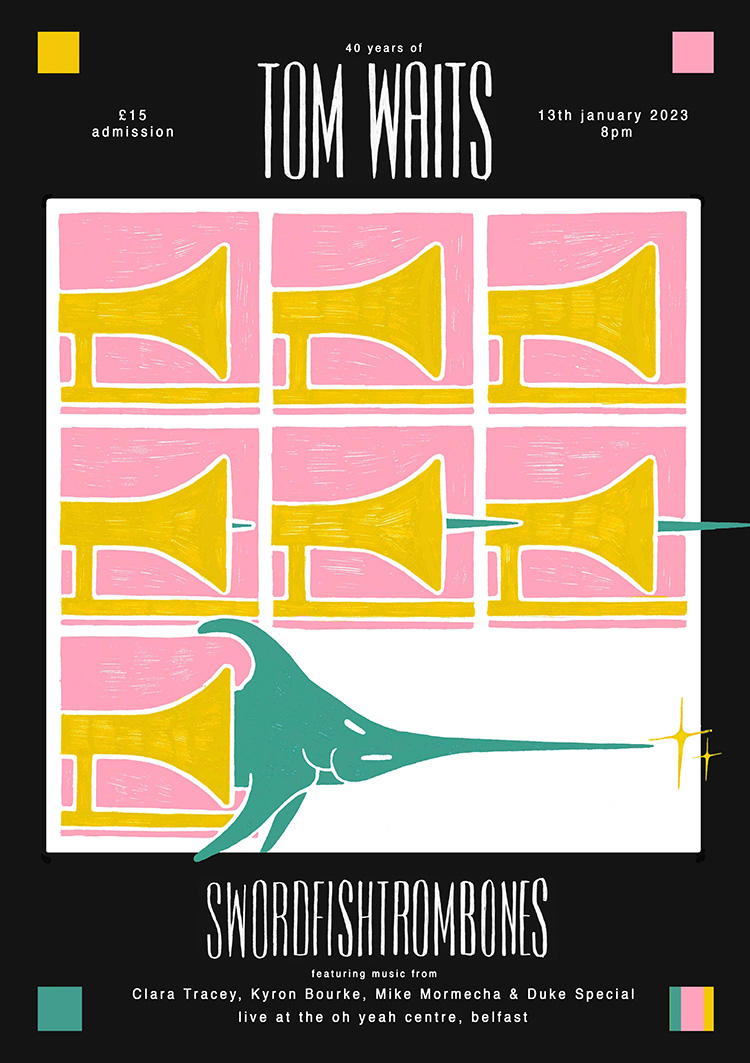 Swordfishtrombones was first released in 1983 on Island Records. It had been previously rejected by Asylum Records as too weird for the masses and not enough ‘Martha’.

All the songs were written during a two-week trip to Ireland and produced by Tom Waits. The record is bursting with unusual and sparse instrumentation, at times heartfelt and haunting.

We have invited a varied section of the musician community here to offer their spin on this cult classic album. Kyron Bourke, Duke Special, Clara Tracey and Mike Mormecha will all offer their versions onstage as part of this Out to Lunch special presented in association with the Oh Yeah Centre.

‘A kaleidoscopic swirl of urban life in motion.’ – FAR OUT MAGAZINE