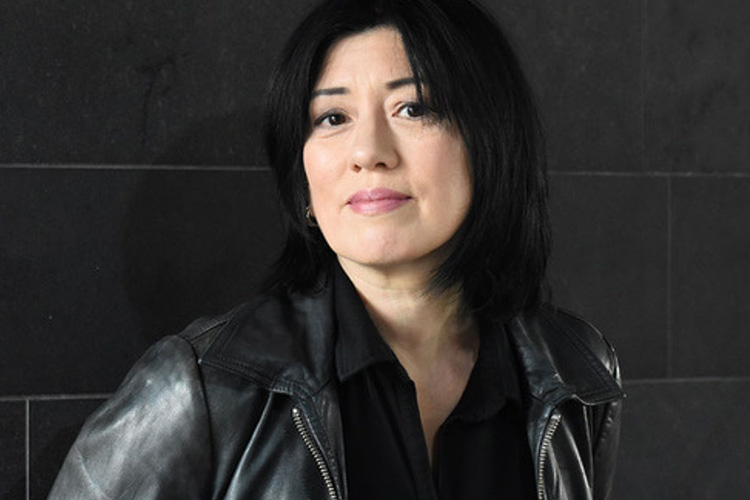 Miki Berenyi is a singer, songwriter and guitarist, best known as a member of the indie band Lush and currently a member of Piroshka.

Described as “an extraordinary life story” by MOJO Magazine, her critically acclaimed autobiography, Fingers Crossed: How Music Saved Me from Success tracks the trials and tribulations of being a female singer-songwriter rising to fame in the 90’s.

The book begins with her childhood of extremes. From the bohemian lifestyle of her father’s social circle to the glamour of her mother’s acting career, Miki’s young life was a blur of travel, celebrities and private schooling.

But frequent relocation, parental neglect and the dark presence of her abusive grandmother resulted in crippling shyness, mental health issues and a vulnerability to exploitation. The route out of this hole was music – a passion shared by schoolmate Emma Anderson. The teenagers began attending gigs together and would eventually go on to form Lush.

At the heart of the book are Miki’s own battles: the conflict between her mouthy public persona and her thin-skinned private identity; the trials of being a woman in an infuriatingly male world; the struggle to find a middle ground between safe indie obscurity and sell-out international success.

The memoir also explores Miki’s complex relationship with Emma – one that has fluctuated between camaraderie and rivalry over the years – and addresses the most devastating tragedy of all: the suicide of her soulmate, Lush drummer Chris Acland.

Told through frank confession, wry humour and emotional honesty, this is the incredible tale of a trailblazing woman and a seminal band.