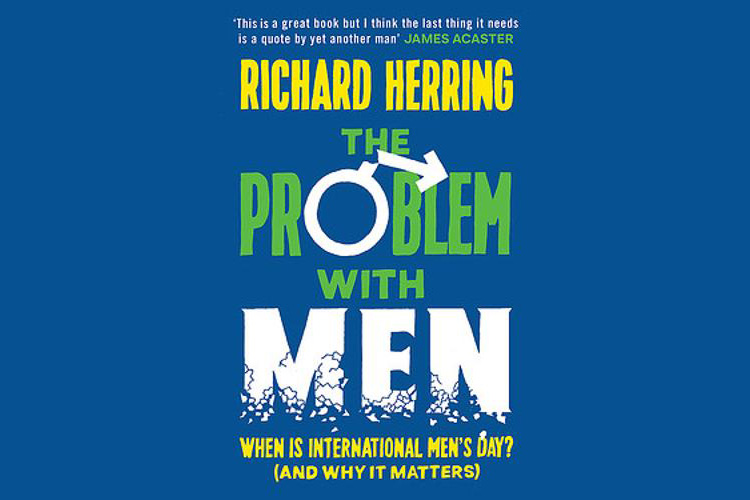 For the past decade, Richard Herring has been answering sexist trolls on International Women’s Day when they ask ‘when is International Men’s Day?’ in the mistaken belief there isn’t one.

If only the trolls had learned to use Google they would realise that there is an International Men’s Day – it’s on November 19th.

In The Problem with Men Richard expands on his Twitter discussions and tackles some of the big questions surrounding the problems of toxic masculinity – for women, but also for men – including:

– Is society sexist against men?

– Could you win a point against Serena Williams?

*spoiler* The answer to all of these is no.

With Richard’s signature humour and insight, The Problem with Men is a book for anyone striving for an equal society, all year round.

‘The problem with The Problem with Men is that I do believe men will have less trouble with it than the title suggests as it is actually a glorious, funny book written by a glorious funny man‘ AISLING BEA