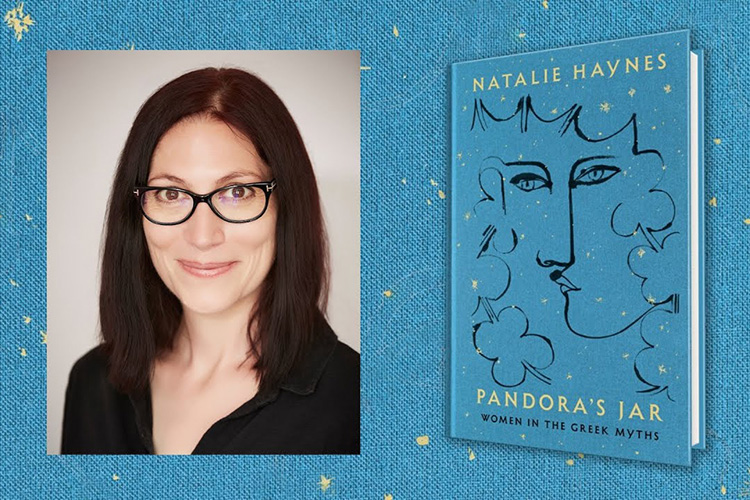 
In traditional retellings of the Greek myths, the focus is invariably on gods and men, but in Pandora’s Jar: Women in the Greek Myths, Natalie Haynes refocuses our gaze on the remarkable women at the centre of these ancient stories.
Stories of gods and monsters are the mainstay of epic poetry and Greek tragedy, from Homer to Aeschylus, Sophocles and Euripides, from Jason and the Argonauts to the wars of Troy. Today, a wealth of novels, plays and films draw their inspiration from stories first told almost three thousand years ago. But modern tellers of Greek myth have usually been men and have rarely shown interest in telling women’s stories. And when they do, those women are often painted as monstrous, vengeful or just plain evil.
Taking Pandora and her jar as the starting point, Haynes puts the women of the Greek myths on equal footing with the menfolk. After millennia of stories telling of gods and men, be they Zeus, Odysseus or Oedipus, the voices that sing from these pages are those of Clytemnestra, Jocasta, Eurydice and Penelope.

Natalie Haynes is the author of five books. A Thousand Ships, was shortlisted for the Women’s Prize for Fiction 2020. Her earlier books include: The Children of Jocasta (2017), The Amber Fury (2014), and The Ancient Guide to Modern Life (2010). She has written and recorded six series of Natalie Haynes Stands Up for the Classics for BBC Radio 4. Natalie has written for The Times, The Independent, The Guardian and The Observe

“Funny, sharp explications of what these sometimes not-very-nice women were up to, and how they sometimes made idiots of… but read on!” – Margaret Atwood.

“The forgotten women are vividly brought to life in this moving, intelligent and witty book” – Martha Kearney, BBC Radio 4.