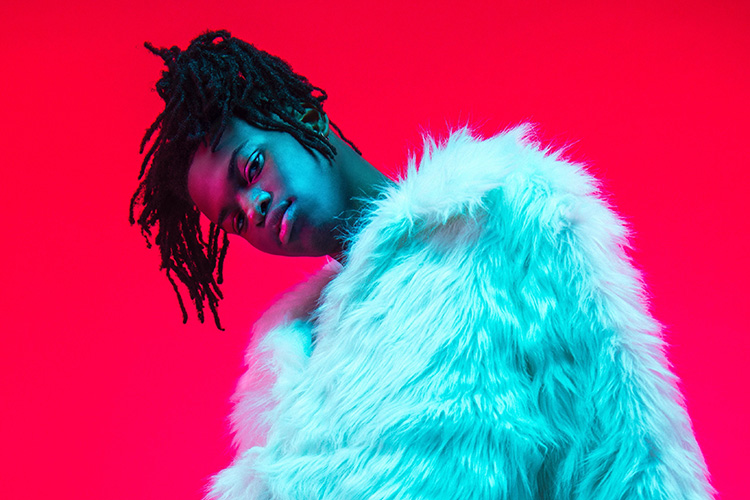 Jordan Adetunji is a hugely exciting 21-year-old hip-hop artist and songwriter from Belfast. His dynamic style and stage presence bring a feel-good vibe to each live performance. Jordan and his amazing band have been pushing the boundaries with experimental sounds, digital lighting effects and a large catalogue of original music.

Jordan’s sing-along tracks get everyone involved as he spits bars around rhythmic, bold instrumentation, switching from rap to earthy singsong at any given time.

Recent singles WOKEUP! and Around were trending on major Spotify playlists such Rap UK, New Music Friday, Colours, among International artists such as BurnaBoy and Grammy Award winner Koffee.

Jordan has featured on the BBC Art Show Ones to Watch, BBC’s Stendhal Live, and was recently shortlisted for the  Northern Ireland Music Prize …..

By mixing genres bringing together funk, rap, soul, dancehall, afro-fusion with elements of pop-punk; the Belfast rapper is starting to make national and international waves.