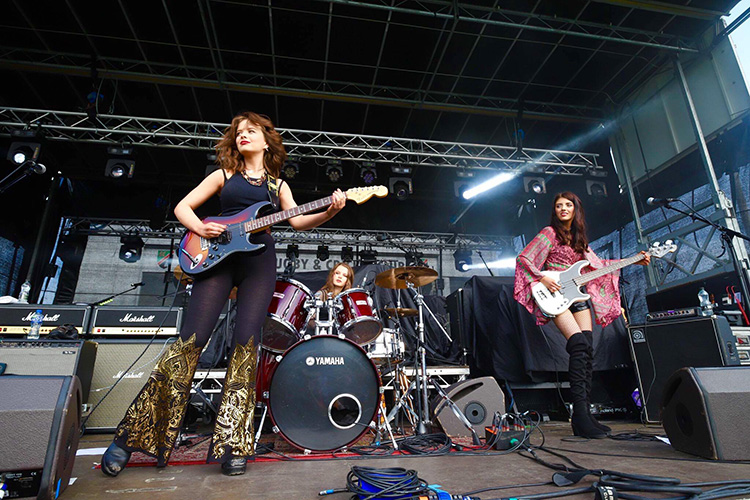 Dea Matrona are a rock trio from Belfast who formed in 2018, their mutual love of classic rock and bands such as Fleetwood Mac, Led Zeppelin and The Beatles, sparked a musical chemistry between the three that continues to blossom into their own originals.

They recently played a three day stint at The Cavern Club in Liverpool to packed out audiences and have also put on headline shows in Dublin) and in Belfast which both sold out.

They have played the main stage at Dalriada Festival, Harmony Live, Sunflowerfest and Culture Night Belfast.

Footage of the girls performing went viral on Twitter and received praise from figures such as Imelda May, Carl Frampton and Michael Conlan. The girls have reached over half a million views on Facebook videos a number of times.

The band consists of sisters Mollie McGinn and Mamie McGinn as well as life long friend Orláith Forsythe. The youthful energy combined with their technical ability beyond their years is what continues to win over audiences.

Should official public health regulations change prior to the date to allow us to offer a live performance for a limited, socially distanced audience, we will offer a strictly limited number of tickets for sale closer to the time.