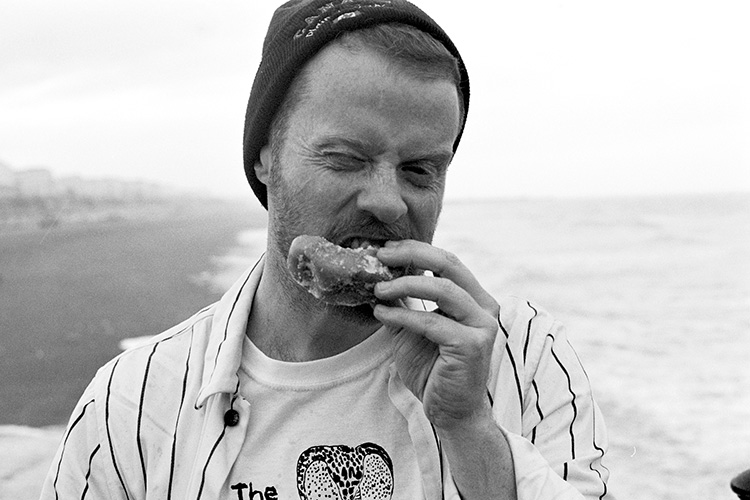 Ciaran Lavery’s Plz Stay, bb was born out of a period of personal and professional turmoil. Ciaran was nearing the end of delivering his last album, 2018’s Sweet Decay, and it had been a difficult process. It was then that he started to write again, and the beguiling single October, with its dreamy electronica and soft vocals, was the song to kick start his new album.

“I came out the other side feeling quite raw and a little bit empty,” he says. “I really lost my way.”

The title itself, Plz Stay, bb, was a note that Ciaran had written to himself, as a message of self care. But this is not the maudlin album of a sensitive singer-songwriter. Among autobiographical themes, he bravely tackles the competitiveness of the music industry, laying bare his jealousy of other seemingly more successful artists with witty honesty in Oh Fuck, and in the desperation of the urgent Bella Union, on which the vocal groove and funky bassline add a trip-hop vibe to repeated lyrics “Now I’m hungry again, I’ve got to get it together”. It shimmers with subtle electronica, warm vocals and driving rhythms – and lyrics that tell it just how it is, with plenty of self-motivation thrown in.

Having grown up in Aghagallon in County Antrim, Ciaran wanted to break free from the preconceptions surrounding Irish singer-songwriters. With Plz Stay, bb he pushed himself, while retaining the distinctive warm vocals and finger-picked guitar of his previous releases that have been nominated for and won the Northern Ireland Music Prize (2016’s Let Bad In).

Ciaran listened to Thom Yorke’s The Eraser, Mitski’s Be The Cowboy, Bjork’s Debut, and that 90s-defining hip-hop album by the Beastie Boys, Ill Communication – and his music sees a heightened energy, as percussion is brought to the forefront.

Ciaran counts Zane Lowe as a fan, and in 2016 he was one of 30 artists hand-selected by Willie Nelson to play at his Luck ranch in Texas. With well over 120,000,000 plays on Spotify and 30,000 followers, the plaudits keep coming Ciaran’s way.