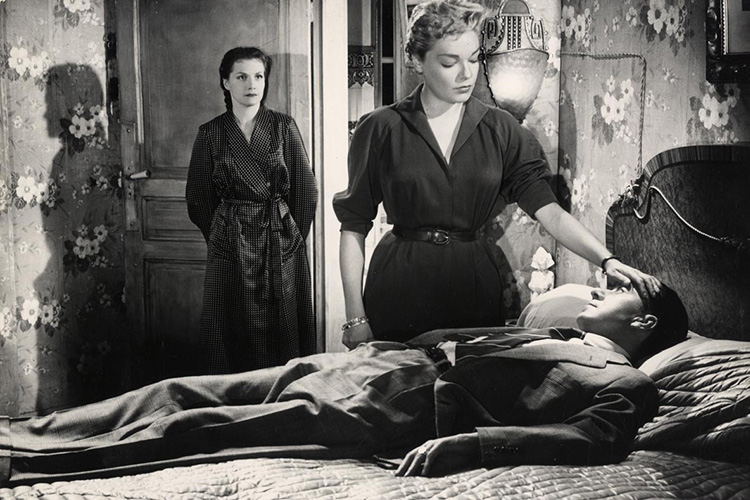 In Association with Belfast French Club

We’re delighted to team up with the Belfast French Club to bring you one of the most suspenseful French films in one of Belfast’s cosiest cinemas.

Considered to be the greatest film that Alfred Hitchcock never made, Henri-Georges Clouzot’s ‘ Les Diaboliques is set in a provincial boarding school run by headmaster Michel Delasalle.

A ruthless lothario, he becomes the target of a murder plot concocted by his long-suffering invalid wife Christina and his latest mistress, an icy teacher played by Simone Signoret.

A dark, dank thriller with a much-imitated “shock” ending, Les Diaboliques is a masterpiece of Grand Guignol
suspense.

Enjoy this classic slice of French film noir in the supreme cosiness of the Cathedral Quarter’s famous Beanbag
Cinema.

This is a BYOB event. There’s a small fridge to chill wines (French, naturally).