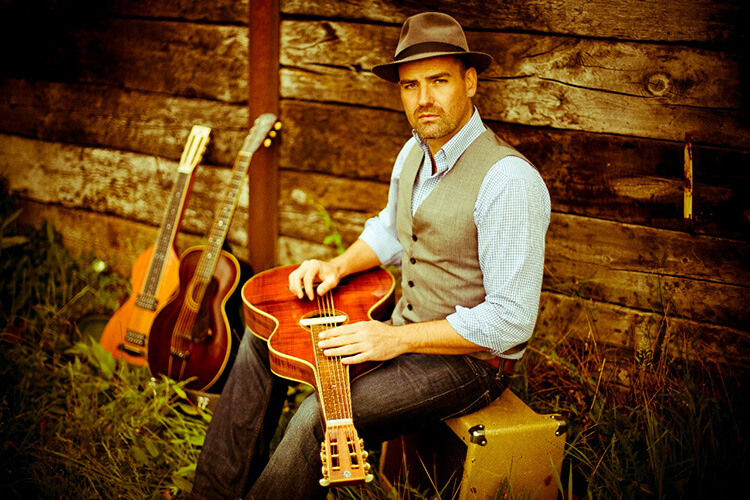 Martin Harley is a supremely talented Roots and Blues guitarist, singer and songwriter with a burgeoning global reputation.

He’s a devotee to the music that came out of the Mississippi Delta and many other forms of roots music. Though Harley’s sound is rooted in the blues it seeks to tell his own story and draws on the ruminations of a musician who has spent much of his life on the road.

Renowned for his prowess as a slide guitarist, Martin is almost unique in the UK in his playing lap slide. During year-round worldwide touring he’s absorbed a plethora of diverse influences, honing his craft into the classic songwriting style he possesses today.

In the US, Martin has headlined Music City Roots in Nashville and toured coast to coast with ZZ Ward, Delta Rae and opened for Iron and Wine, Bruce Hornsby, World Party, Beth Hart, Joe Bonamassa amongst many others.

‘No doubt that he is a slide guitar master. He is the business.’ – ROOTS MAGAZINE

‘Quite simply a great live act’ – TIME OUT