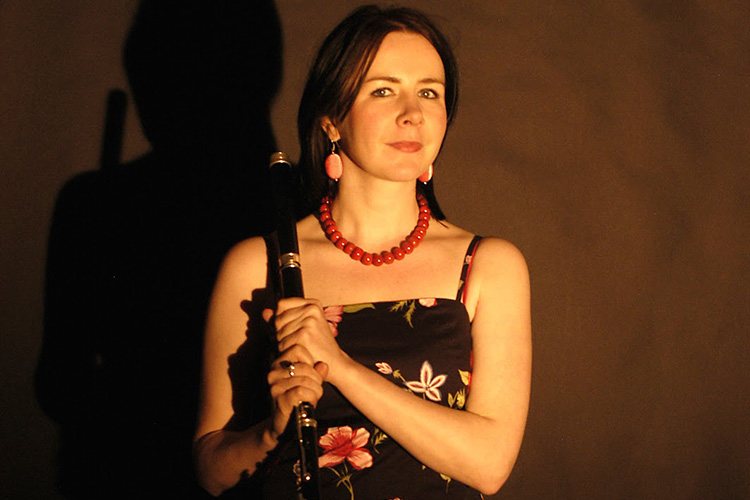 For anyone who enjoys an imaginative blend of contemporary and traditional music; beautifully constructed airs, jigs and reels; love songs and ballads in both Gaelic and English; something rather special is special in the Black Box during Out to Lunch.

Singer and flute player Nuala Kennedy celebrated 10 years as a solo recording artist in 2016 with the launch of Behave the Bravest, her fourth solo album and her first album release on her own label Under the Arch Records.

Nuala Kennedy’s origins as a player and singer of traditional music in Ireland shine through on Behave the Bravest. Old traditional ballads of love, loss and immigration, are recomposed by Kennedy and continue to find resonance in the modern world.

Played and sung with verve and panache by a woman at the top of her game, Behave the Bravest is a fitting album to celebrate a decade of music making.

For this very special Festival show Nuala will be joined by Mike Bryan (guitar) and Donald Hay (percussion).

‘She instils a zesty, fresh brilliance for all her dazzling performances, which are enticingly enhanced by all her imaginative compositions. This album is just a complete winner all the way.’ – FOLKWALES