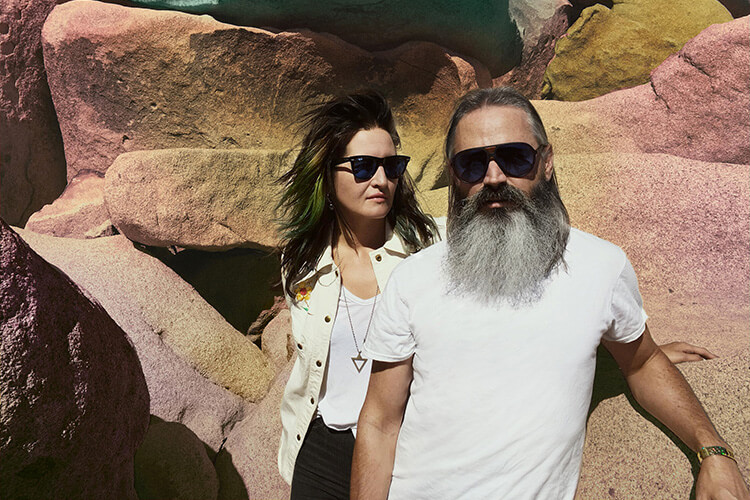 Strange Victory & Out to Lunch present

Moon Duo with support from Documenta

Portlandian space-rock outfit Moon Duo bring their new album Occult Architecture Vol. 1 (out now on the Sacred Bones label) to the Black Box for the closing weekend of Out to Lunch.

The album takes the reliably excellent Moon Duo sound, built around Ripley Johnson’s remarkable, fluid guitar and Sanae Yamada’s Nuggets-meets-Conny Plank keyboards, adds a little more electronics than usual and also throws in some high concept darkness to boot (as borne out by titles like Cold Fear and The Death Set).

Written and recorded in Portland, the two-part epic reflects the hidden energies of rainclouds and sunshine and the deep creep of Northwest forests along with their effect on the psyche, inspired by the occult and esoteric literature of Mary Anne Atwood, Aleister Crowley, Colin Wilson, and Manly P. Hall

As the first instalment in a two-album series for 2018, it’s an immediate and hypnotic listen and this promises to be a momentous live gig.