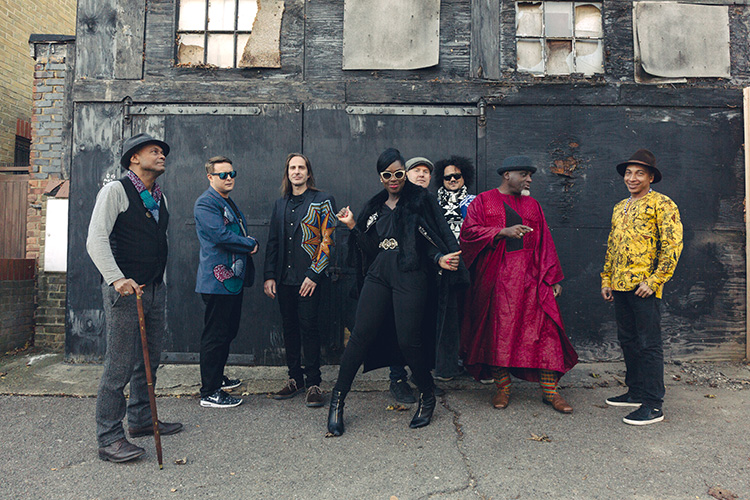 Recent months has been spent forging a reputation as a high-energy live act appearing on stages such as Later… with Jools Holland, Glastonbury, Roskilde, and the BBC 6 Music Festival, as well as at iconic venues such as Shakespeare’s Globe Theatre in London as part of Lauren Laverne’s Wonder Women series.

Weird and wonderful folk stories, recounted to Eno by her family as a child in her mother’s Ibibio tongue, form the creative fabric from which the band’s unique musical tapestry is woven.

Evocative poetic imagery and empowering messages set against an edgy, Afro-Electro soundscape give the band a unique space within the current wave of modern Afrocentric sounds sweeping across the globe.