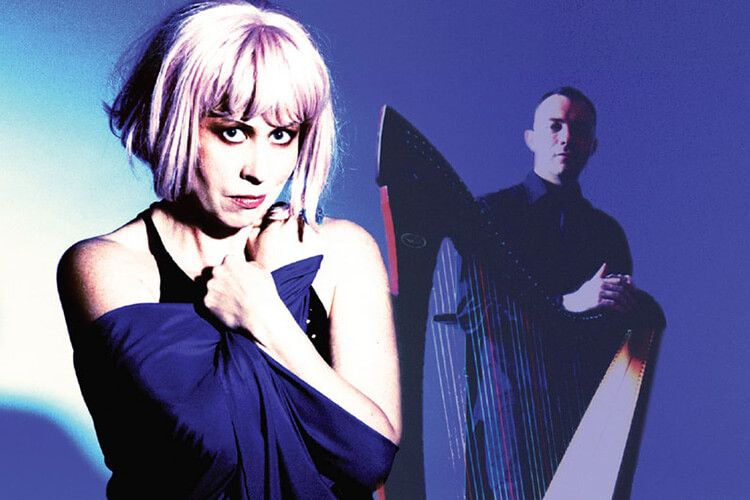 Hazel O’ Connor has fast established herself as a concert artist and performer to be reckoned with.  From initially catapulting to stardom with the starring role in Breaking Glass and the ensuing hits that followed, Hazel continues to tour extensively delighting sell-out audiences along the way, winning over fans old and new.

Her husky voice remains charged with passion and her enthusiasm, love of music, and wicked sense of humour, is ever present.

Having now returned to her Celtic soul folk-roots, live and on-stage for this very special set of shows, she performs in a captivating acoustic line-up with Cormac de Barra on Irish Harp, her musical partner for some 15 years.

The live-show combines Hazel’s unforgettable voice with the musicianship of Cormac in a stirring musical marriage, together they will reach into the very depths of your soul.  Cormac De Barra has represented Ireland internationally and currently also performs with Clannad and Moya Brennan. He has recorded three of his own harp-led CDs. The combination of de Barra’s harp with Hazel’s unforgettable voice is truly magical.

Today’s show will feature some great newly composed songs celebrating 37 years of song-writing and performance. No O’Connor show is complete without her original classics Will You, D-Days and Eighth Day or her new classics Rebecca, Driftwood, I’m Still Breathing and Acoustically Yours. Un-missable!

‘The expressive power of her singing, her songwriting craft and warm, strong personality here with Cormac De Barra’s expert playing of the Irish Harp.’ – THE TIMES