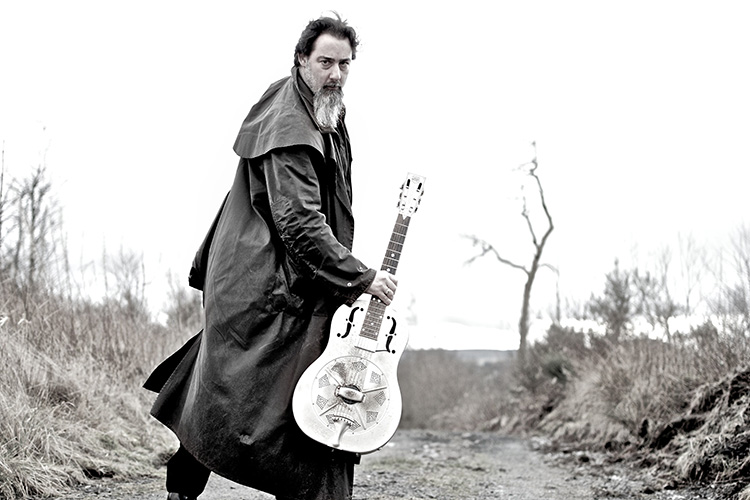 Scottish guitarist & songwriter Dave Arcari’s alt.blues sounds owe as much to trash country, punk and rockabilly as they do pre-war Delta blues and have been showcased via ten internationally-acclaimed solo album releases.

Arcari’s recent album, Live at Memorial Hall, was released on 1 September 2017 on Buzz Records. As well as showcasing Arcari’s trademark National steel guitars, the release features performances on banjo, regular guitar and and cigar box which help capture the full breadth of Arcari’s song-writing and performance.

With a busy live schedule in the UK plus regular shows in USA, Finland, Estonia, France, Germany, Belgium, Poland and Ireland Arcari is one of the hardest gigging live artists on the circuit.

A series of shows with folks including Steve Earle, Alabama 3, Seasick Steve and Jon Spencer along with his relentless UK and European tour schedule have established Arcari as a formidable international solo performer who is fast building a media reputation as a ‘hell-raising National guitar madman’.

‘Dave plays like he got his skin turned inside out and pretty soon my skin was inside out too listening and it was all good. That boy bleeds for you – he a real down deep player and a soul man…’ – SEASICK STEVE