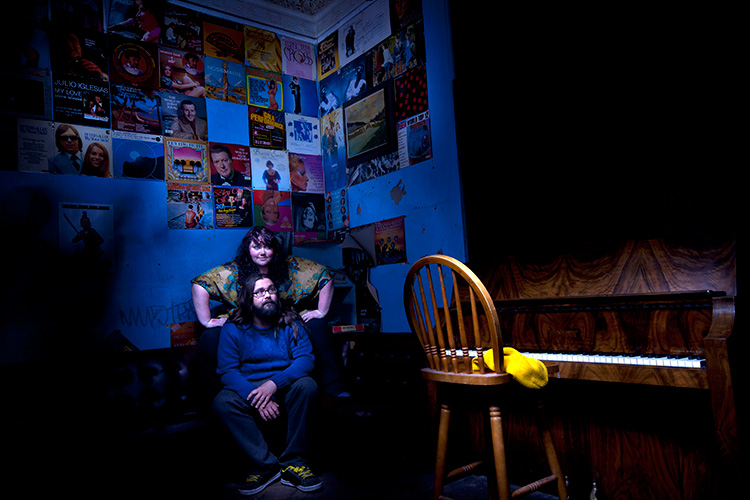 Armagh born Ríoghnach Connolly (BBC Folk Singer of the Year 2019 & 2020) and South Wales native Ellis Davies have been playing together for nearly 20 years – as long as long as they have been a couple.

Together they have graced stages as far away as Brazil and Singapore, and recorded together under Ríoghnach’s name, in folk-hoppers Honeyfeet and with Mendhi Singh in Beware Soul Brother.

Ríoghnach channels the music of her grandparents and can draw from a breadth of styles and folk traditions across the world. In her voice you can hear equal parts Sean-nós Caoineamh, west African griot ululation and American deep-south belt.

Ríoghnach recently performed at the 2021 RTÉ Folk Awards with The Breath, signed to Real World Records, who are currently working on a 3rd studio album. Honeyfeet, which features both Ríoghnach and Ellis, also have a new record in the can, due for release next year.

‘A remarkable singer and flautist…who can ease from Irish traditional influences to soul.’ – THE GUARDIAN

‘Within each of Ríoghnach’s music projects there is a welter of ideas and innovations.’ – IRISH NEWS