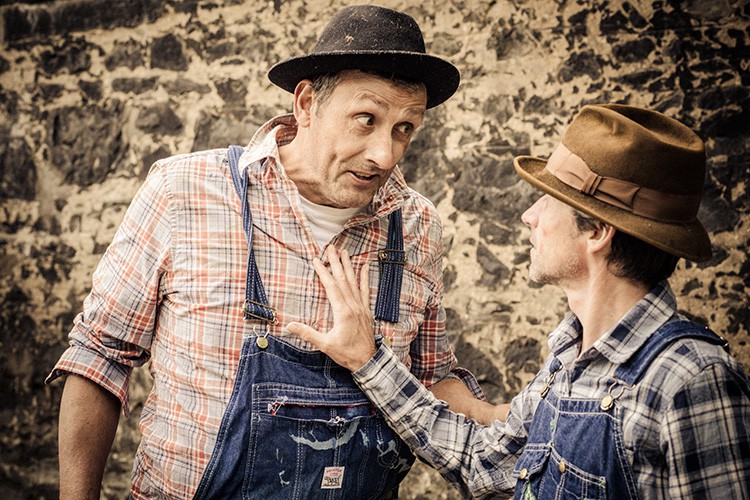 The play is scored with the gospel singer Mahalia Jackson’s beautiful voice. A moving and timeless story by the writer of Grapes of Wrath.

‘This two hander is expertly acted by Michael Roy Andrew and Nigel Miles-Thomas, who bring these two iconic characters to life with such apparent ease that it seems difficult to see anyone else performing these roles now. The physicality of the two men is identical to that described in the novella and the commitment to the role and to the intensity of the moment is admirable’– THE LIST 2015

‘The play is an excellent adaptation of the Novella. Michael Roy Andrew as George and Nigel Miles-Thomas as Lennie give gripping performances. With marvellous acting and virtually no props, we are drawn into the pathos of their situation which ultimately ends in tragedy. It’s well worth seeing.’ –  THE EDINBURGH GUIDE 2015

‘What grips in this spare, perfectly judged production is the honest evocation of the characters and their relationship, and the immensity of small tragedies. It shakes you, as it should.’ – LIBBY PURVES 2015