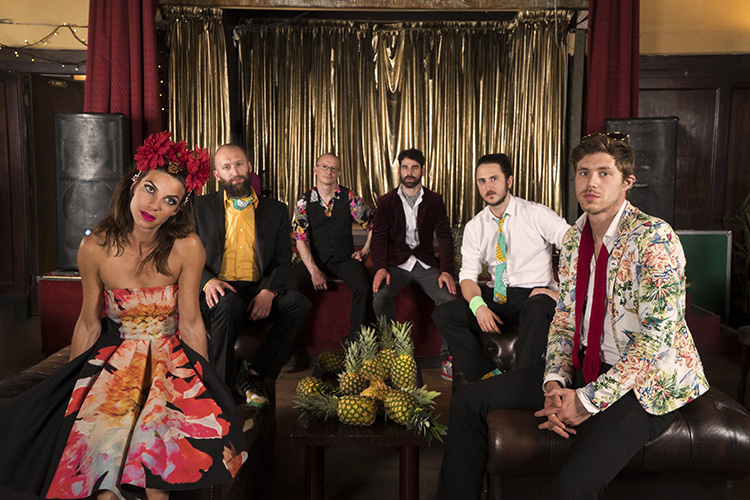 Molotov Jukebox are an explosive London six‐piece with a totally original, wonderfully colourful sound and style.

2014 was a busy year for them touring the UK and Europe, following the release of their debut album Carnival Flower. 2015 kicked off in style, with them playing the official BAFTA after party, their first tour of Mexico and the announcement of their second album Tropical Gypsy.

Natalia Tena (of Harry Potter, Game of Thrones and 10,000KM fame) fronts the band with her smoky, sultry lead vocals, her accordion backed up by gypsy violin, powerful

Latin trumpet and a pounding rhythm section that gets the crowd moving at every show.

This unique tropical-gypsy-dance sound has seen them sell out shows from Rio de Janeiro to Istanbul. This sound has been nicknamed ‘gyp-step’ by their army of loyal fans and is guaranteed to get the whole room on the floor.

*Limited number of Tickets available on the Door*