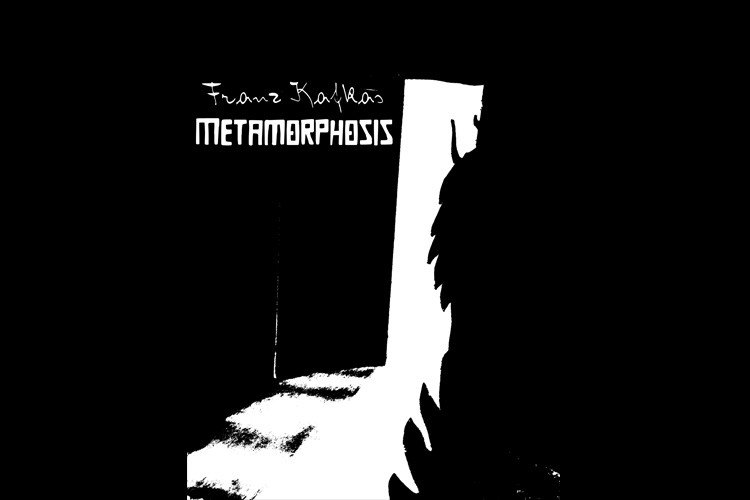 The Black Box Green Room
Tickets (including lunch) £6.50 in advance/ £7 on the door

*We have been informed by the company presenting Metamorphosis that, due to circumstances beyond their control, they are unable to proceed with this scheduled performance.
We are very disappointed and are currently unable to reschedule.*

100 years ago, Franz Kafka published the only significant work made available in his lifetime – indeed, the closest thing he would write to an autobiography – The Metamorphosis.

In the surreal short story, Mr. Samsa, the commercial traveller, becomes a strange creature at night, whilst, elsewhere in Prague, Mr. Kafka, the strange author, becomes an insurance clerk by day.

‘Late one morning, as Gregor Samsa awoke from unsettling dreams, he discovered himself, in his own bed, changed into a gigantic insect.’

In a new translation by writer Reggie Chamberlain-King, The Metamorphosis becomes an ensemble piece for guitars, violins, readers, and drone machines.

Following the success of his critically-acclaimed adaptation of The Third Policeman with Stephen Rea, the music is composed by Colin Reid, with visuals by comic artist, Debbie McCormack. It is funny, touching, and hypnotic reconciliation between the writer and his story.