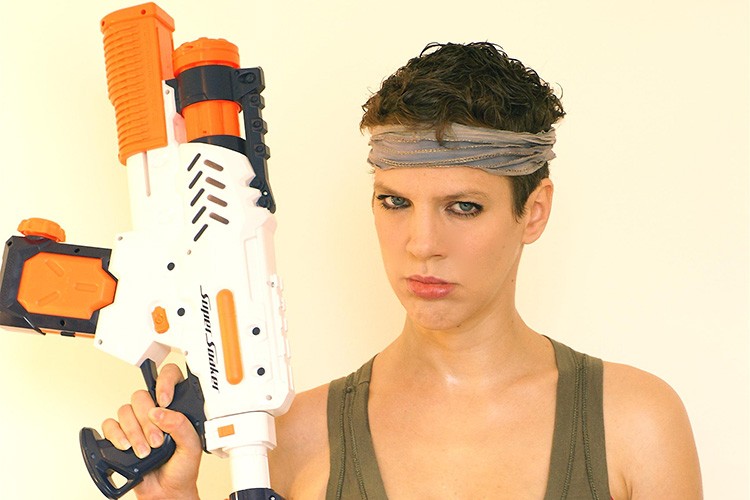 What happens when you’re branded ‘abnormal’, in a world obsessed with normality?

This show is Francesca’s defiant, insightful and fascinating answer… Intrigued by the power that a six-letter word has over so many people, Francesca shares her own life-changing journey of growing up as ‘abnormal’, being rescued from High-School-Hell by Grange Hill, letting Ricky Gervais take the piss out of her walk in Extras and working out what to say to the BBC after being offered the role of a, ahem, vegetable.

Whatever body you’re born into, it seems that most people share the universal desire to be ‘normal’.

This show is for anyone who’s ever struggled to fit in, felt ‘different’ or wondered what the **** normal means? Apart from a cycle on a washing machine, of course.

‘Hilarious and deeply moving… she is not only one of the best performers on the circuit but also a writer of rare candour.’ – METRO